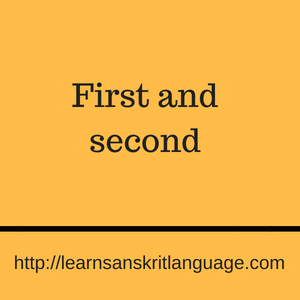 After studying the numbers, it is easy to understand the first and second form of numbers.  So let us begin.

These numbers are used as adjectives and can be also used in a sentence to name a chapter, for instance;

One thing to note is, just as English uses the sound –th from Four, similarly in Sanskrit, the –I sound is used for the feminine.

The numbers are almost same, and can be formed by inflicting like the noun ending –a. for feminine its –i

To get the form, ‘tama’ is added to the end of the word, it can also be contracted to a shorter form.

Either ‘tama’ is added or it is same. 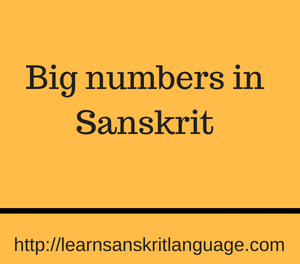