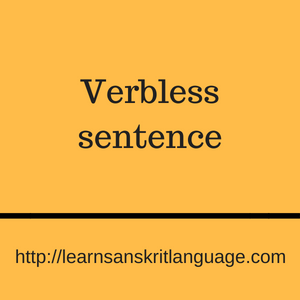 From these above examples, you must have got an idea of what is a verbless sentence. Basically, it is a sentence where a noun is directed towards another noun. there is no role of verbs in such sentences.

However, in some sentences, a verb that denotes ‘existence’ is sometimes optionally added

Visarg sandhi, a part of Sanskrit sandhi system, comes with a complex set of rules which may be little hard for the beginners to grasp. But with some common logic, the rules can be arguably easy to understand and can be easily applied too.

However, there are two important rules of sandhi that needs to be understood before we go any further.

The small puff of air behind narah is a weak sound, which can be dropped. Note that the above word, “ichhati” starts with a vowel, this is a rare circumstance.

This is a very odd rule of sandhi. In front of voiced consonants, the sound ah becomes o. the rule is such that because of the presence of the “a” sound in the word. It reacts with consonants and changes it to “o” sound.

Here are some of the examples,

You can see the new Devanagari word”ऽ“ which means ‘avagraha’ or separator. It indicates loss of a sound due to sandhi. 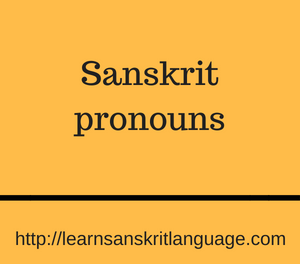 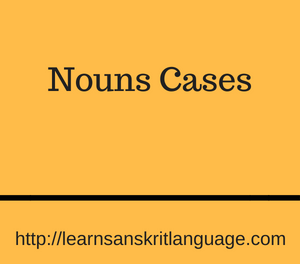 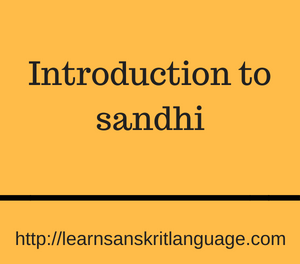 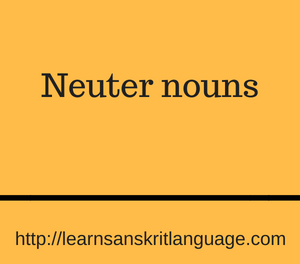