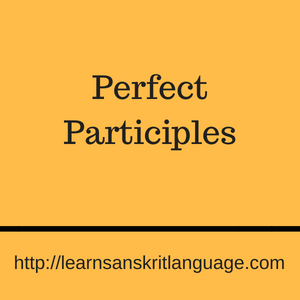 Another term for distant past tense is perfect tense, as the nearness of the verb is quite common in both of them. The word perfect Participles  has its root in Latin word “perfectus” which means “finished” or “completed”

Let’s see the example of a perfect verb in English:

I do the work.
I have done the work.

However this concept does not exist in Sanskrit, but it appears occasionally.

Now we are going to learn perfect participles, which are formed from the verbs in the distant past tense.

One thing to note is that Perfect participles are used rarely. The participles for verbs like kṛ, as, and bhū can be used with abstract nouns, just like regular perfect verbs.

In order to form the stem, Parasmaipada uses vas and atmanepada use āna. vas sometimes uses i vowel

(Note that internal sandhi produces the form above instead of *susruvana)

Here are some feminine suffixes:

The stem follows the pattern of the sound nadi

The atmanepada participle uses –a sound generally and –ā for feminine. Parasmaipada however, is a little complex than the former one as it is a consonant and uses multiple stems. The stems difference depends on whether the i vowel is used or not.

Now let us see the vas endings in different forms

Now let us take a look at the neuter form

In Parasmaipada, there are some irregularities, when the root is ending r, then it only functions after the suffix is added. 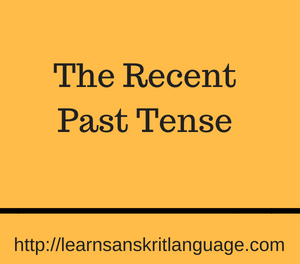 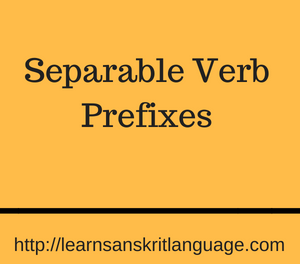 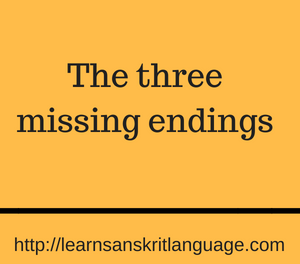