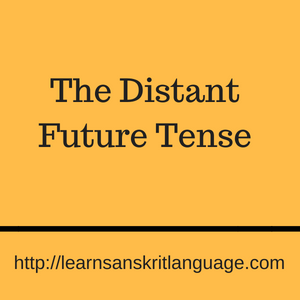 Look at the observations given below:
In the first and second person: case singular and masculine –tr is used, this is followed by as which is inflected to show the person and the number of the verb.However, in case of the third person, we use first person endings instead of as, for the tr noun, no extra verb is used. This results in some ambiguity, look at the sentences given below to learn further.

One has to depend on the context to understand whether something is a noun or a verb.
Distant future tense in Atmanaepada.

Distant future tense is truly rare, and usually, its forms are in parasmaipada. However, there are a few forms of Atmanepada which can be seen below.
Look at the table given below:
bhū (a+, A, distant future tense) 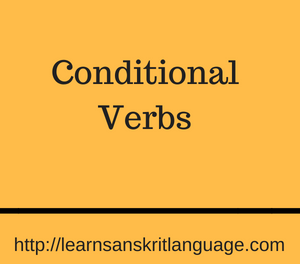