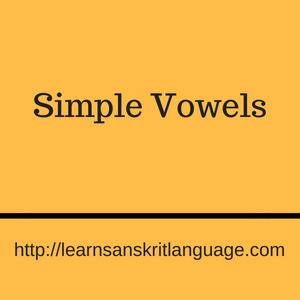 Vowels are divided into two parts.

Sanskrit has five principle vowels that make the basis of the other sounds. However, one of them is rarely used. Hence we will try to learn only four of them and the remaining one later.

Following are the four basic vowels:

Long vowels are basically short vowels pronounced for a longer time. Let us take a look at the examples.

These eight vowels are the Sanskrit alphabets including the consonants which we will learn further. 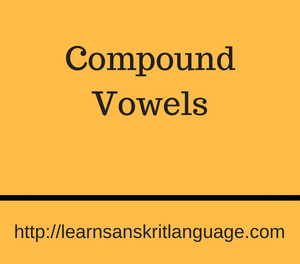