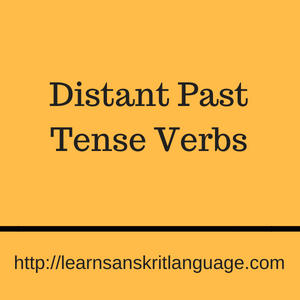 The perfect tense uses both the strong and weak tense, therefore, the constructions of these stems are even more difficult.

Roots starting with a and ā use a for reduplication with merges with root to form ā.

Roots starting with i- use i for the reduplication. Which then merges with the root to form ī. Exception: If the i- is strengthened, it would form iy.

Endings for the strong stem.

Roots that end with vowels.

The final vowel sound is based on the person:

Look at the examples given below.

However, some of the words do not end in this manner. Roots which end in ā, e, ai or o change into au. Few examples given below are:

One exception to this is root hva, it appears as hve. This root is treated the same way hu is, and gets strengthened in the same way as kr.
Roots ending in consonants.
Roots are mostly strengthened to “guna”. Look at the examples given below.

Some roots cannot be strengthened to GUNA, some vowels will never undergo the change of guna. Such a root has two qualities:
If we remove the last consonant, the result is a heavily accentuated syllable.
The root ends in a consonant.
When both these factors are present, the guna rule does not apply.
For those roots in which a is followed by one consonant, a becomes ā.

Weak stem refers to the one in which following vowels occur word finally.
i, ī, u, ū, ṝ
The final vowel of the root is going to undergo the following changes.
Final u and ū become uv, and final ṝ becomes ar, in all circumstances.
If it follows just one consonant: final i and ī turn into y, and final ṛ changes to r.
If it follows more than one consonant: final i and ī become iy, and final ṛ becomes ar.

In some cases, a single syllable will be formed by reduplication, for such a root, all the following is true.
The reduplication commences with the same consonant as the root.
Root has two consonants: one before the vowel, one afterward.
The root vowel is a.
The root vowel gets transferred from a to e.
Except for five verb roots, jan, khan, gham, khaas, han, the stem is usually weakened by removing the vowel.

These roots take the samprasarana : vac, vad, vap, vas, svap , yaj, vyadh, grah.
Look at the examples given below: 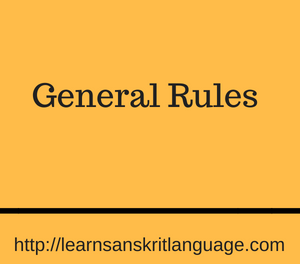 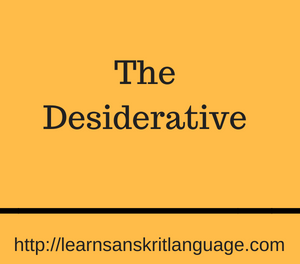 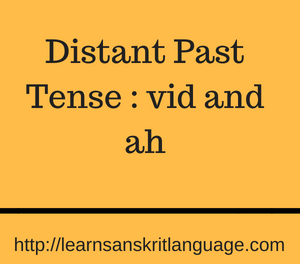 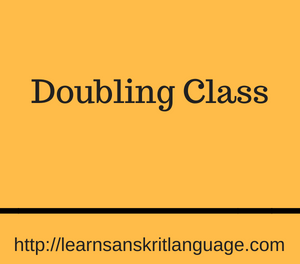