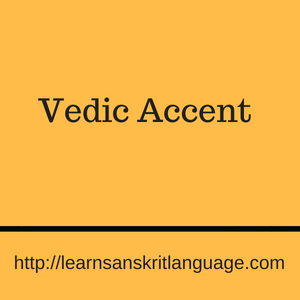 One of the peculiarities of Vedic AccentSanskrit is that it emphasizes certain to the vowel to be spoken on a different pitch of sound than the rest of them. This quality is called pitch accent. In pitch accent, certain syllables of the words are spoken in a higher or lower musical tone than others. Interestingly, classical Sanskrit, unlike Vedic Sanskrit, was missing such quality. Hence, Panini a grammarian of Sanskrit, as we have studied earlier, did a laborious task of bringing in such rules of accents fro Sanskrit words. He made several rules and specifications for the vowels to be spoken precisely.

Based on his work, classical Sanskrit has three such accents, they are as follows;

Udātta is a higher spoken note in Sanskrit. In Devanagari, it has no accent mark, in IAST; the letter uses an acute accent.

Anudātta is spoken on a lower note as compared to the former one. In Devanagari it is marked with a horizontal line, in IAST it is missing. 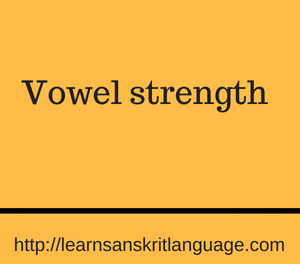