Let’s start with the basics, first things first. Sanskrit is a really old language. Oops, not old, it is ancient. Thirty-five hundred years, come to think of it! Also, let us remember that not for nothing is it called the “mother of all languages”, it is a prominent member of Indo-Aryan group of languages. Remember that theoretical jargon by an impassioned Akshay Kumar in Namastey London as he schools the British on the contribution of Sanskrit to the world, well, turns out it was true.

The current situation of this language does not look so good in India, I won’t lie to you, but learning this language is no small feat. But I would be lying to you if I said this language is not interesting. Because Sanskrit is super interesting, right from its syntax, its grammar and its ability to bring to the learner a world, unlike anything he has seen or experienced before. It is for this reason that Schools and Universities across the country are striving for its revival. But if you look closer, you’ll notice that far from realizing its intellectual importance, the Sanskrit classrooms are empty and whats more, the teachers are as uninterested as the students. 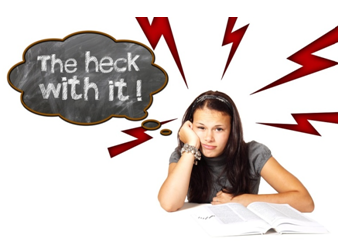 Remember those “mantras” you didn’t understand? Of course, you don’t. Neither does the majority population of the country. They don’t remember anything about the mantra or even the mantra. But losing these “mantras” would mean losing a part of the identity of Indian Culture. It is for this reason that we badly need brilliant( crack-through-your-intellectual-inertia) teachers and willing students.

Now let me mention a clichè, Sanskrit is the language of several religions rising from Indian Subcontinent. However, the clichè is a clichè for a reason. It is because it contains the certain level of truth. Let us face it for once, learning Sanskrit is the only way one can get rid of the glassy eyes and bored expressions of people during religious ceremonies.

Like I mentioned previously, this language of scholars, the panacea (finally I can use this word!) of intellectuals and a stronghold of the elite, is not an easy language, but lets begin with the basics and we might just get to a stage where Sanskrit, even though not the language of the masses, would no longer remain an alien language.