Sanskrit Pronoun: The “unspecified” about the mother of languages.

Well, Sanskrit pronoun are important. They assist humans with the goliath task of being lazy. (You know what I mean, how many times have we said, “give it to her”, and the listener has stared blankly having no clue, who “her” is.

Sanskrit pronoun are determined based on three factors, the first one being case, case refers to the category to which a word belongs, this refers to eight cases mentioned previously,the second factor is number, that is, if a word is used in singular, dual or plural and the third factor it is based on is gender. Always remember that Sanskrit takes into consideration three genders, which are singular, plural and nueter.

It is important to note that it is these three categories based on which the distinctions are made.

The most important pronouns in any language are the pronouns used for a first and second person. It is important to note that unlike the English language, in Sanskrit, separate provision is not made for gender, however, it is the factor of a number, that is if the word refers to singular, dual or plural, it is based on this distinction that the first and second person pronouns are classified. As far as accusative, genitive, and dative cases are concerned, the form of the first and second pronouns in these are enclitic, that is, a word is added after the initial word.

This can be explained with an example, in dative case, the singular “mayhem” is given the enclitic, of “me”

But. In every language, there is a “but”, one exception that takes you by surprise and there is no given explanation. 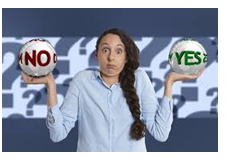 The exception here is the singular form of that, sah remains say when added with what in English is known as “that”, however, it should have changed to “so”. Told you right, there are exceptions and no possible explanations for them. The declination of “eat” is similar to “that”.

As mentioned previously, it is only through inflections and deflections that the words are categorized in the Sanskrit language. You would expect ease and similarity of pattern at some point, but lo and behold! The idam demonstrative comes with its own set of irregularities, and there are three genders, three numbers and eight cases to be considered, but we shall try our best.

The third and the last demonstrative is adah, phew! The dominating stem in this case is “u”, and wherever “ui” is used, it is replaced with simply “i’’

Well, exceptions aren’t letting us be, so here the exception is normative dual and instrumental singular. They are formed like nouns of u-stem, remember nouns?

Now let us come to the Polite pronoun. Well, it is what you think. 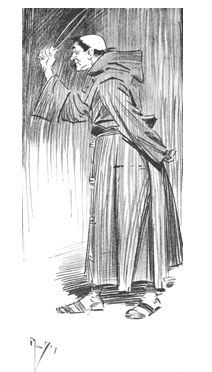 However, unlike the saint in the picture, the Polite Pronoun is not direct. The Polite pronoun comes from the word,” bhavant”, which means Your Honour. The term Your Honour can be used in both first person and second person, for example, in a court,

Lawyer to the judge: Your honour should spend some time on this case.

In this sentence, your honour is in the second person. As it refers to the judge, however, what we are referring to is the honour of the person, therefore, it can assume third person connotations as well.

Let us go to Enclictic pronouns, however, lets not spend too much time on them as they are used only in oblique cases.

But brace yourself for some more inflections and exceptions coming your way, because next, we are going to deal with the kyt series pronouns. Firstly, let me make it clear what kyt stands for.

Y-yat, the relative pronoun of kim.

As it turns out, Kim and Yat function on the similar lines as TAT, Kim remains Kim when it should have turned into kat, yat also resembles kat, it involves replacing t or s with y.

All in all, Sanskrit Pronouns might make things difficult if not understood correctly.