Sanskrit verbs: All about the deflection of inflection.

Let’s begin by stating that unlike English language, participles are not an important part of the Sanskrit language, however just like the English language, it also has three “persons”, which is, the first, the second and the third person. However, verbs in the Sanskrit language also have a system where forms are assigned to numbers, for example, if there is only one object, it is called the singular form.

Now going to the root form, the Sanskrit language has three root systems, these are Atmanepadi, Parasmaepadi, and Ubhayapadi, however, there are some roots of Ubhayapadi which acquires traits from both Atmanepadi and Parasmaepadi. 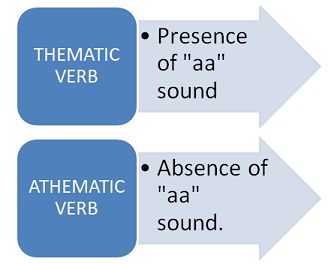 Based on this factor, Sanskrit can be divided into ten games or classes or verbs, based on the above-mentioned differences. Refer to the table below to understand the classification.

Systems of tenses in Sanskrit.

Based on the way a word is used in relation to conjunctions in Sanskrit language, it has four systems.

Unlike the other three tenses, Aorist tense is not present in the English language. Therefore it is important to understand that that Aorist tense does not have past present or future. An example of a sentence in aorist tense would be:

God is buried and dead but his blessings are with us even today.

This sentence comprises of Aorist terms such as dead and buried, however, the latter part of the sentence indicates the present tense. Through this sentence, it can be established that Aorist form can be used to indicate past, present or future. The Aorist tense can be noticed in holy books as well.

Classification of verbs based on whether they take the syllable “It”. 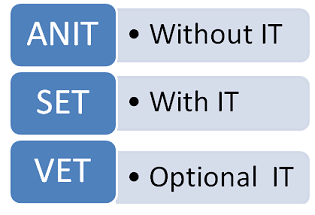 We shall begin by understanding a Present system.

The One with meanings