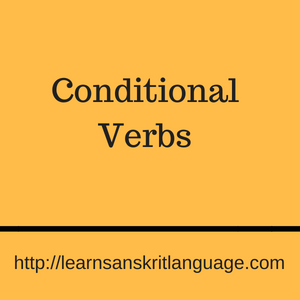 Option mood in the earlier chapters dealt with what SHOULD happen, this chapter will enable us to look at WOULD HAVE happened.  conditional verbs basically define a future situation which refers to a certain wish towards something in future, “would have”. There is a minor difference between what should have and what would have. SHOULD refers to a wish in the future and WOULD HAVE refers to something that can be done in the past, such that future can be changed. As far as the Sanskrit language is concerned, would have is formed with past word and the future stem.

Look at the example given below to learn further about the same:

This form, called the conditional verb, is rarely used. It is an ordinary past tense, made from a stem of the future tense. A future stem is used to deal with the past. 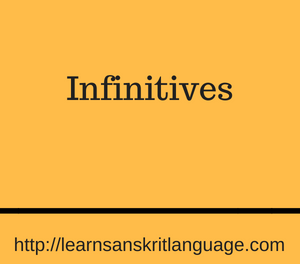 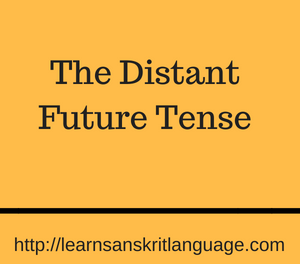